It is said that the coffee culture started here, thanks to some Italian migrants who introduced to the locals their distinct variety of coffee and contributed to the Australians’ love for it (along with pizza and pasta, just to name a few).

They came to find gold; they left us with the love for coffee. The commercial production started as early as the 1880’s and Arabic strains were grown. This rise was short-lived however, because of the difficulties of transporting the harvest from such a far flung continent to Europe, and because of the increase in labor prices.

Machine harvesting, by reducing the labor costs, has reinstated the coffee plantations to all their glory, and the weather is particularly favourable because of the micro-climatic environment.

The absence of pests and insects has minimised the use of pesticides, thereby freeing the process from the use of harmful chemicals.

Because coffee drinking is considered a bit of a national frenzy, barista courses are available everywhere. Melbourne barista training is a piece of cake (or a piece of coffee!), depending on your skills and abilities.

I mentioned a few of the above courses, but I will now divide it dependent on city, so that coffee lovers all around the country can choose according to their own location, which coffee school to attend.

Melbourne is known as the coffee capital of Australia. Hence it is of small doubt that it there is a diverse range of Melbourne barista courses available for our aspiring baristas.

Indoors and outdoors, on busy streets and cobbled lanes, the aroma of coffee hangs in the air. Melbourne barista jobs thus need a high level of professionalism, but also promises to be a good interactive experience with many coffee fans, or should I say, fanatics.

CNN includes Melbourne as one of the world’s top coffee cities, as a walk down its streets promises to be a walk down the coffee hall of fame.

Brother Baba Budan is one of the most frequented places to sample one of the best coffees in the world. Its beans are sourced from a high quality farm and roasted onsite. They are super serious about the coffee, leaving no stone unturned to find the best.

Similarly, the Sensory Lab Roastery scours the world not just for the best single origin or green beans, but also a world class gear. Alongside these, you will find an excellent brew at their retail outlet. 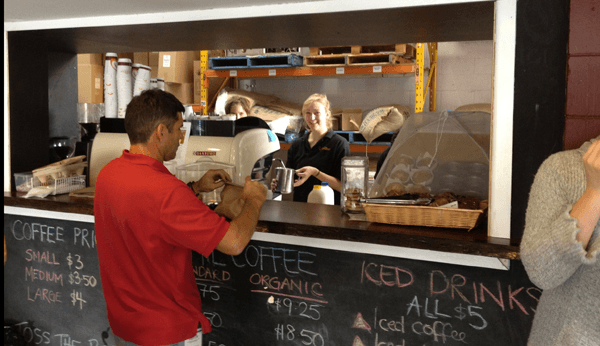 Melbourne coffee courses are available in a range of prices and options, and I’m sure you’ll have no trouble finding one near your locality.

While you are there, you can also take advantage of the Melbourne International Coffee Expo, a 3 day coffee heaven where you can taste cup after cup of the most tasteful coffee ever had on earth. Piccolo latte is the most favourite, so do learn that.

The last thing I would say to aspiring baristas is this: I’ve heard that it’s next to impossible to find a poorly made cup of coffee in Melbourne, so make sure you don’t tarnish the city’s image. Melbournians will never forgive you for that!